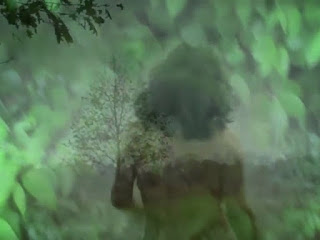 
Grace writes about the video:


THE FOUR GRACES, A Video in four chapters speaking to my obsession with time and the fact that I embrace the "dance of life" despite aging.

CHAPTER 1 – I CAN STILL DANCE AND PAINT
A self-portrait depicting my passion for painting, and my dance through that process over a lifetime; all of which involves risk and a baring of the truth as I see it. The paintings in this video are part of my "Desecrated Landscape" series.
CHAPTER 2 – THE SLOW DANCE OF TIME
My obsession with the passing of time as I perform a "slow" dance weaving my body in and out of the rain, clouds and earth.
CHAPTER 3 – A REBEL DANCING AFTER ALL THESE YEARS – RISE UP!
Dancing against a backdrop of urban images of graffiti, a beautiful art form which does not get the respect that it should. The personal and the political are interlaced as time speeds on.
CHAPTER 4 – PAINTING EXPOSED
This video depicts an artist dancing exposed and vulnerable. Art openings, pre-painting rituals, the act of painting, are the focus of this video. 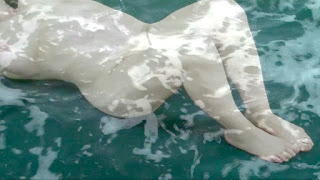 
Floating in a sea of water, snow, fire, earth and sky. Dealing metaphorically with the subconscious memories of my grandparents as well as other family members' deaths in a concentration camp during Hitler's Third Reich in Germany. This piece addresses my feelings of aging and vulnerability as I am literally "bared" and the ever-present nature of change be it constructive or destructive.
I will not be Intimidated:


I Will Not Be Intimidated! from Grace Graupe Pillard on Vimeo

This video specifically speaks to the way the aging female flesh is often viewed as not worthy of being seen in public; women often wrap scarves on their necks, prefer long sleeve tops, and often do not wear comfortable shorts even in the summer heat.
Grace Graupe Pillard
Posted by Ria Vanden Eynde at 10:29 AM