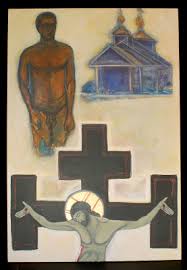 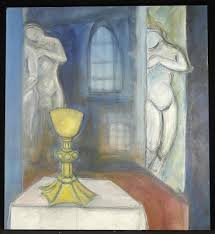 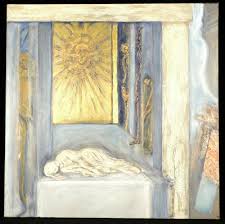 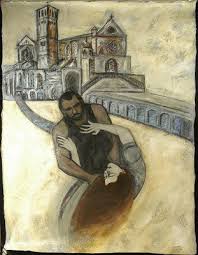 I’m interested to see how other women artists create as they are ‘touched' by life.

I believe that the aim of a visual artist is to create a strong metaphorical world. There are many different genres, intellectual histories, and categories in which artists work to develop and express a metaphorical world in visual language. When I was in school, some of the dominant themes were coming out of minimalism, conceptual art, pop art and gestural abstraction. Before I studied visual art, I studied literature and I felt pulled towards William Blake and the way he overlapped words and pictures to create his metaphorical world full of references and subject matter in a rather emotional messy humanistic way. Judy Chicago and her dinner party were beginning to get critical attention. Narrative art by African American, Hispanic and self-taught outsider artists and assemblage makers was becoming part of the recognized lexicon. Thinking about art created in a dialogue with art (thereby eliminating subject matter and reference outside critical theory) interested me intellectually, but when it came time to create my own metaphor, I was drawn to keep visual company with emotional, visceral narrative artists. To me, this presented the challenge of maintaining the sincerity of naive raw outsider art in combination with the skills and knowledge of context learned in school in order to develop an authentic metaphor. I married and had three children. During the time I was developing this particular visual world as seen in the jpegs, my children were of grade school age. My "studio" was in our home. I had "art everywhere" and wasn't at a point that I could put it in a closet when my daughter had a birthday. A friend offered to throw the party at her house. We all went over there for a slumber party with my young daughter's friends and classmates. In a goodnatured way my daughter said to me, "I don't know if I will be able to fit you into my lifestyle when I grow up". Art is touched by life, and the ordinary habits and routines of living life as an artist are touched by art as well since art is a vocation and not an 8:00am to 5:00pm job.--
Kathleen McHugh
Posted by Ria Vanden Eynde at 7:40 PM