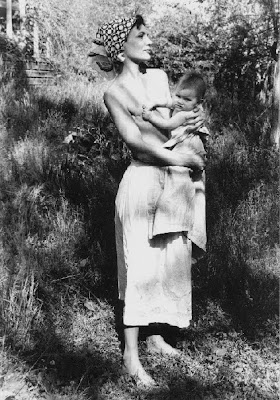 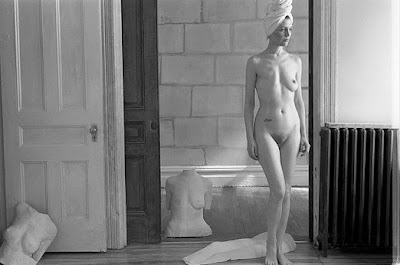 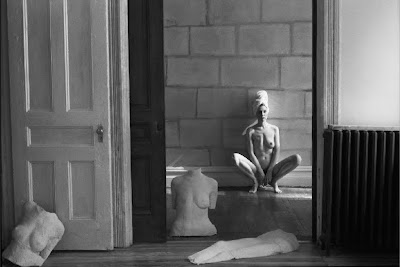 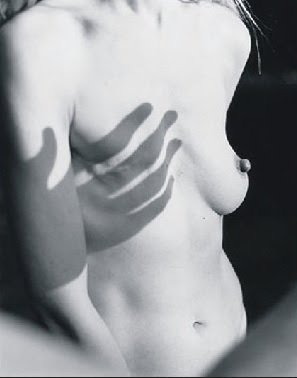 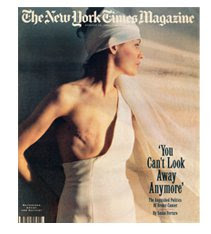 -Beauty Out of Damage-
On the cover of The New York Times Magazine, August 13, 1993.
From Maxi Matuschka's Beauty Out Of Damage-artist statement:

After surgery and treatment for cancer in 1991 Matuschka-artist and activist who was diagnosed with breast cancer in 1991-worked vigorously creating a large body of drawings and photographs that were used for posters in demonstrations and rallies across America, promoting breast cancer awareness. The images are still in demand: often published in scholarly and academic journals related to sociological issues on health, medicine, beauty and body image.
Matuschka made worldwide headlines when her self-portrait entitled Beauty out of Damage was published on the cover of the Sunday New York Times Magazine. This photograph generated 12 awards (including a Pulitzer Prize Nomination) and subsequently The New York Times received an unusually high amount of letters to the editor, ranking it as one of the most controversial covers in its history. News coverage on TV was extensive and this you tube represents a cross section of programs both the artist and photograph were profiled on.

an extensive catalog and more information can be found on:
theartofmatuschkashop
Posted by Ria Vanden Eynde at 9:34 AM